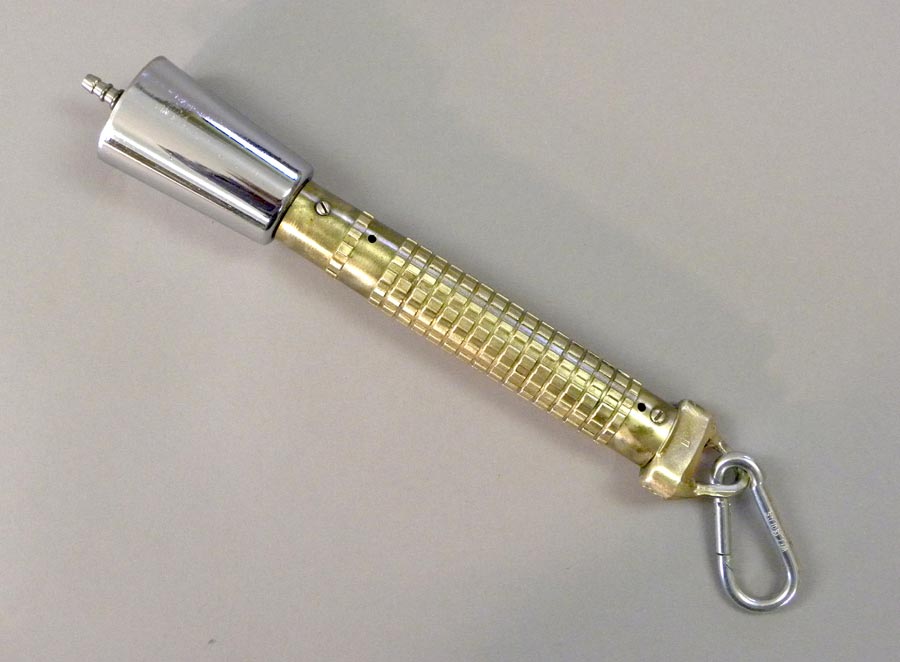 Designed for close in combat against steel sabers or other bladed weapons. High pressure steam of unknown composition sprays from center spout, but is pulled back into the saber bell around the spout. A “Blade” of about 2.5 to 3 feet was reported in the notes found with the weapon. Unfortunately, all attempts to activate the saber have been unsuccessful.

The Steam Saber was part of a crate of weapons and misc. parts located in a storage crypt in the Vatican. It was uncovered in 1988 during routine maintenance on the HVAC system and was initially thought to have been parts for the cooling system in the Vatican. Once its true identity was known it was transferred to the Maets Foundation for cataloging and further research.

This object has been studied and restored by Ed Kidera. Learn more about Ed