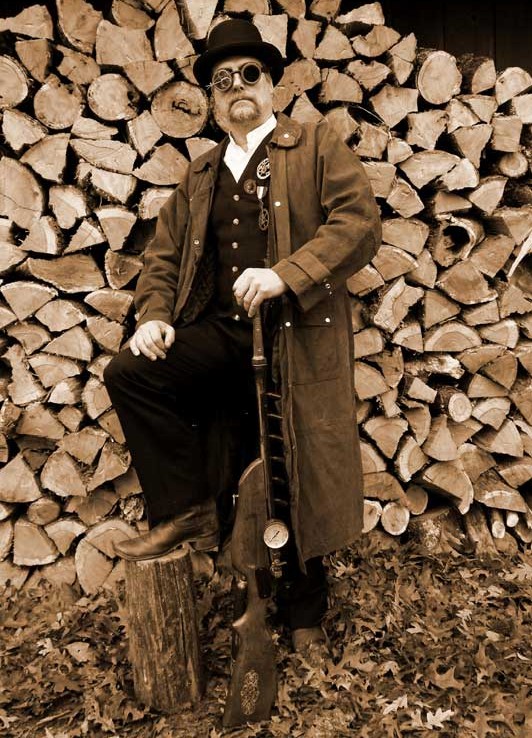 The Maets Foundation is devoted to the recovery, study and commercialization of steam powered weapons and tools based on the works of Bernard Maets and others.

The Steam Emporium was created to provide information to the public and to support the research and development of steam powered devices. The foundation was originally established October 25, 1930 in Rockford, IL with the discovery of weapons and notes in the attic of a small family church. Each device is unique and one of a kind.

More about the inventor, Bernard Maets »

Ed Kidera has spent the last 20 years recycling steel, copper and brass objects into functional and non functional art.  Recently he has turned his focus to restoring items first created by Bernard Maets. Many more parts than complete systems have been uncovered and to raise much needed funding they have been turned into usable items such as canes, bookends, etc. More about the investigator, Ed Kidera »